WHO Really says things as they are? I DO, and NOT pope francis. This is in response to an article, the reference to which I give at the bottom. 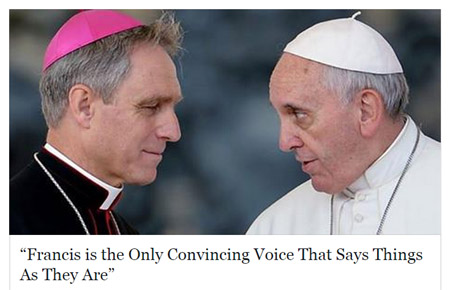 1. pope ratzinger should not make as if he made a great ‘sacrifice’ in vacating the throne of Peter. There IS a word called SENILITY, and ALL this while, popes have just loved to just hang on to the pomp and show, all the while showing that they were making great sacrifices.

pope francis minces around, squeaks like a mouse, in the corridors of the vatican and in ‘church’ magazines like the L’Osservato Romano, – where he could and should be ROARING.

2 thoughts on “Who Really says things as they are?”