Upon reflection, and from my Own experience as a catholic priest, would say that the reason the authorities find it difficult to take strong action against erring priests is that there are so few of them (priests).

It takes a minimum of 7 years of training. Taking my case, in my First of Seminary studies, there were 28 of us. Only 7 got ordained.

For all that, it is Both Criminal, and Sinful, (which is worse), not to take strong action against the erring ones. Paradoxically, Strong Action ‘Would’ bring in More vocations, I believe.

This is where I believe in Violence. If I were the Parent of an abused Kid, I would Thrash up the culprit, making sure to give Lots of ‘Lasting’ pain, without maiming him, – and, according to the 11th command, making sure that I am Not caught for the act.

Is Violence the answer? No, of course. But at the same time, there is Nothing Wrong with Violence of the sort I prescribe. Am Absolutely Sure it will be Much Less than what awaits all these, and those who collude with them, namely, the ecclesiastical authorities.

“If anyone should cause one of these little ones to lose his Faith in Me, it would be Better for that person to have a Large Millstone tied round his neck and Drowned in the Deep Sea.” Matt. 18:6.

Considering the Fear of the Sea that the Israelites, at least of Jesus’ time had, these were Extremely Powerful words. Uttered Knowingly, and Understood as such by the audience.

Pennsylvania Attorney General, Josh Shapiro, this week released the results of what may be the most comprehensive state investigation into child sexual abuse and cover-up by the Roman Catholic Church in the nation’s history [1A].

The Catholic Church sex scandal first began to surface in the 1980s [2].  A seminal investigation by the Boston Globe in 2002 led to the criminal prosecution of five predator priests [3].

Subsequent investigations revealed a widespread pattern of abuse across the United States and the globe, with an institutional… 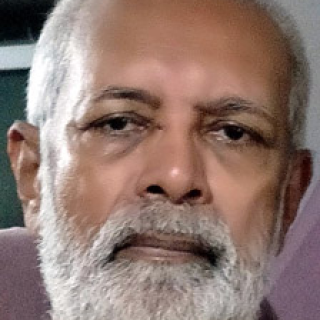 Am a Christian Sannyasi, Passionately interested in creating a Better World.