[ NOTE: This is a PS, correcting my former word ‘Immigrant’ to Migrant, please. ]

Had been showing what I found wrong, and had thought that people would simply and automatically understand that Doing the Opposite was the Solution.

But Bill Gates, one of whose posts I was reading of late, suggests that we, (in my case particularly ‘I’), say it out, in black and white as it were, what could be the solutions.

With India’s Corona lock down, it has meant that thousands of Migrant workers want to return home, deciding to Walk(!), Hundreds of kilometres, as Trains are cancelled; – along with small children. 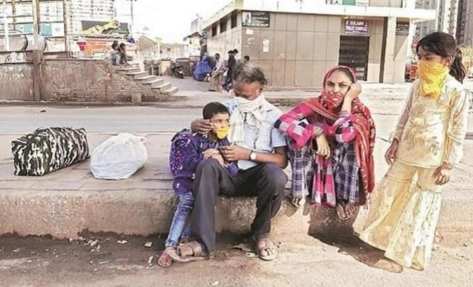 Youth and others are being harassed by the police, when these are trying to return.

And this is what I wrote to the Indian Prime Minister’s Office:

1. Pl arrange for FOOD along the way, for those trying to return home.

2. Army trucks could help them for at least for part of journey.

3. Army shd be under STRICT instructions not to Molest, particularly the women and girls.

[ Army men have been known to use ‘Rape’ as a tool, for what they would say bringing out the truth, as well as… ]

Response of Women of the North East of India, for Younger women being raped:

Do You think I am improving? 🙂

Love and Regards, and Stay Safe.