This is addressing ONE side of issues, Francis @Pontifex. Till you write addressing Caste-ism, Racism, errant, lazy and money hungry bishops and priests, Catholic judges, policemen and officials, Regularly n Powerfully, you are failing in your duty.

Just to insert a pic, and to be abreast of things, one of two shopkeepers who were beaten SO badly they died, in police custody, in South India. [ This while Floyd‘s death is SO fresh in our minds. ]

If you are looking for meaning in life but, not finding one, you throw yourself away with “imitations of love”, such as wealth, career, pleasure, or an addiction, let Jesus look at you, and you will discover you have always been loved.

@Pontifex No words to your comfort-seeking bishops n priests, on their lifestyle n esp their WATERY preaching?
On:
Vatican News @VaticanNews
#PopeFrancis invites Christian disciples to “have no fear” in the face of hostility, persecution, and even the feeling of being abandoned by God. #Angelus
https://www.vaticannews.va/en/pope/news/2020-06/pope-at-angelus-have-no-fear-for-the-father-cares-for-us.html
*******

Or bishops, for that matter.

Some tweets of mine today:

Extraordinary, and Uplifting. Something I am going to peruse Again and Again. …And from Such a Young person. …Words We expect from world leaders, and me, from my prime leader, the pope @Pontifex.
@Pontifex, Francis, am Absolutely sure Most of yr speeches r written for u, and yr internet (twitter) is handled by a Team. WHERE are your advisers, and WHERE is your courage and will to speak like this? Do you think Christ is going to give you (and the other popes) an easy time?
https://twitter.com/i/status/1274716950443118595
…
PS: @Pontifex is the current pope’s twitter handle.
*******

@VaticanNews and @Pontifex. WHY did He tell them to Open their mouths, risk their lives and Spread the Good News? Would not praying the rosary in the comfort of the chapel been enough?

#Gospel of the Day (Luke 18,1-8)
“Will not God then secure the rights of his chosen ones who call out to him day and night? Will he be slow to answer them? I tell you, he will see to it that justice is done for them speedily.” http://ow.ly/5jt750wKoXi 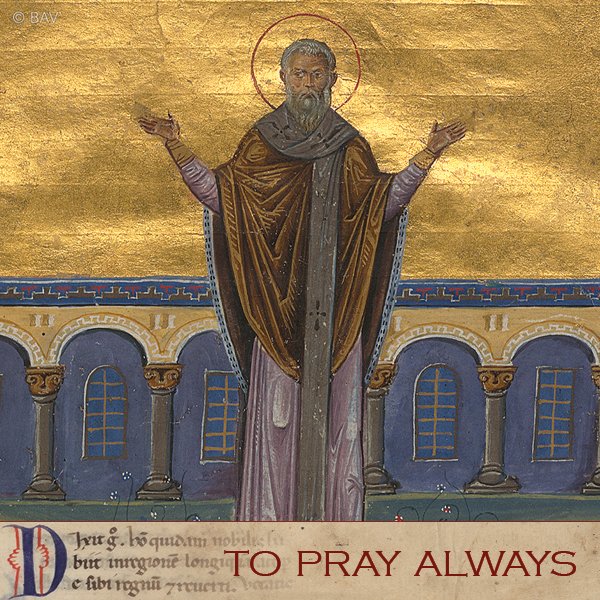 But he Should Stand up, and Speak out, More Powerfully, maybe like #modi of India!

I am thinking of the Mexican children in their hundreds, if not the Thousands, getting seperated from their parents, and held in Cages!

The pope, @Pontifex,has NOT spoken on that.

When (St) Peter was in the wrong, (St) Paul Corrected him. See Acts 15. St. Joan of Arc and St. Teresa of Avila have done the same, to name just two.

When bjp fellows say Whatever modi does is right, We call them ‘Bhakts.’ What about Us?

The pope, bishops and priest should Speak out More Powerfully against Wrong and Injustice. The Whole Bible is about that.

The Agenda is Fixed. Racism, Paedophile Priests, Caste-ism in India, will NOT be discussed.

And All will be done in Most general terms, so that it does not hurt anybody.

After that, guess what, a few ‘Glasses,’ Sumptuous meals before going back to the luxurious rooms.

“You cannot be a Christian without living like a Christian,” has said Pope Francis. He makes particular reference to Refugees!

PS: The above link seems to have been taken down.

Three of these Rogues had encircled one of the Nuns, and Taunted her with these words: “How many Priests we kill; how many Nuns we Rape… Why haven’t Christians like You learnt even now? Just Run Away (from this Country).”

The words above the graphic are a rough translation of the text in the snippet above. That itself had been culled from the well know Tamil magazine ‘Ananda Vigadan,’ of 3.10.1999, under the title: The Continuing Horror. According to my practice, I cut and paste things like these in my Bibles. This one is at the 7th chapter of Acts. …Stephan killed, Nuns Raped.

The incident having taken place in (far away) North, it was prominent enough for Ananda Vigadan, a typical Tamilian magazine, to track it out, and to interview one Baikunt Lal Sharma ‘Prem’, secretary of the All India Vishva Hindu Parishad, typically famed as the the VHP. Incidentally, the ‘Prem’ at the end of his name, seemingly his nickname, as We All know, means Love.

Now this was the question put to him by Ananda Vigadan: “Do you consider the Raping of So many Christian Nuns as Right?” (This could also be translated as: Do you Justify…).

Here’s his answer: “This Attack is Nothing but the Awareness and Awakening that has taken place among the Hindus regarding their Safety(!). No Hindu with Love for his Country can allow this encroachment(?) by a foreign religion. Hence The Attack (The Rape) is Justified.“

I do think encroachment is the best translation for ‘Ooduruval’ there. As You see, I have attached the snippet from the magazine.

As comment, I find it Stupifying, Stupendous, and Flabbergasting that the word ‘Safety‘ should be used by a community that is about 88% strong, against a community that has Not crossed 3% despite 2 Centuries. And one that is Known Not to be Violent. (My brothers in the North East do spoil the record).

And Love for the Country? Do they mean We do not Love Our Country? Are the Armed Forces of India Ill represented by Christians and Muslims?

And the man who says all this is called ‘Prem,’ …Love! Baikunt Lal Sharma ‘Prem’, secretary of the All India Vishva Hindu Parishad of that time.

But I do not recall the Catholic Church having Apologized for the ‘Inquisition,’ the excesses during the ‘Crusades,’ and the Sexual Abuse of Children of Modern Times.

So what is the big deal in Canonizing Mother Teresa? …The catholic church is such a Viper’s Pit, that even the (current) Pope has to tread Softly, Oh-So-Softly, as he issues many Sensible comments. As the most recent one:

Well, depending on the media, they will use particular Nouns, Verbs and Adjectives. Here, this one has used the words: ‘Lashed out,’ but it sounds like, as I have always said of this man, ‘Mewing‘ to me.

What does it all come down to?

Those whom Common Sense says are on the Right path Mew, and those who dare Rape Our Daughters and Sisters Roar, and DO it. Let’s put our Thinking Caps on, and GET INTO ACTION.

WHO Really says things as they are? I DO, and NOT pope francis. This is in response to an article, the reference to which I give at the bottom.

1. pope ratzinger should not make as if he made a great ‘sacrifice’ in vacating the throne of Peter. There IS a word called SENILITY, and ALL this while, popes have just loved to just hang on to the pomp and show, all the while showing that they were making great sacrifices.

pope francis minces around, squeaks like a mouse, in the corridors of the vatican and in ‘church’ magazines like the L’Osservato Romano, – where he could and should be ROARING.

Hoor-RAY! NOW he is talking! Viva la papa! I had been thinking of leaving catholicism. I shall hold on a bit more and see if Francis has more.

I call this the Hard Face of Pope Francis. Much Appreciated, Francis. The World needs More of this. Blessings.