This post, long in my mind, is inspired by my Good Friend, Anna Waldherr. I had gone through two of her posts on the page/category: catholic church sex scandals:

The two are given below,

Another Wolf in Sheep’s Clothing

Virginity and Celibacy Fascinates mankind, precisely because Everyone knows just How Difficult it is to Refrain from Sex.

In India, those who are close to a priest might ask: “How do You Sleep?” …I have been asked that.

You go to a Homeopathic doctor. He comes to know You are a priest. He asks: “What do You do for Sex?” (I know that patients are routinely asked about sexual behaviour in this treatment).

Yet there have been, and there Are those who gave up sex (sublimated, as some like to emphasise), for higher purposes, including religion. …Naughty man that I am, in the above I would include those who are Just Not Interested in sex for various reasons.

So far I was trying to point out that the Sex Drive is one of the Strongest.

As is my usual practice, shall speak Only of the catholic church.

We see in the Bible that ancient or even contemporary beliefs and practices were taken as a basis, but in Every case, Astonishingly New Conclusions were drawn.

The catholic priesthood and the Bible.

Christ had Not made ‘the Unmarried state’ a ‘condition’ for being one of His Apostles (by definition, chosen from among the chosen).

True, He had remained Unmarried, and people (particularly the church) will quote Matthew 19.12, the one about ‘Eunuchs for sake of the kingdom.’

Except for John the apostle, all the others are said to have been married.

Hardly surprising in a society which considered marriage ‘Obligatory,’ vide:

On the other side, the idea of ‘unmarried clergy’ started Many centuries after the Apostolic times. The people liked it, and the ‘church’ obliged. What the people like, the church is Eager to give.

A third element, if I may call it that, has to be considered. …THE LAITY would not like it if the church considers changes in this regard.

I state that the catholic church took up and promoted ‘celibacy,’ seeing the fascination it held for the masses.

Like a Bull dog, it is holding On to it.

All the above can be called

THE REASONS FOR THE UNMARRIED CLERGY IN THE CATHOLIC CHURCH.

As an Interlude, consider these:

Popes who were married

Popes who were the sons of other popes, other clergy

Popes who had illegitimate children after 1139

THE EFFECTS OF THE UNMARRIED CLERGY IN THE CATHOLIC CHURCH.

I remember Our Dear Father De’Cyper of Our Theologate in Ranchi telling Us:

“The vow of Chastity does not mean just being Celibate (Unmarried), but being ‘Chaste,’ [Not having (Any Kind of) Sex].”

Given that, unable to speak of times 30-40 years ago, I would say that

[ Before some ‘wise’ person tells me: ‘Stop washing Your dirty linen in public,’ let me say that this article goes Much further; towards a solution, albeit old, definitely Ignored. ]

Whatever the effects of this at the Pearly Gates, I want to focus on:

The EFFECTS of The Unmarried Priesthood Right here on Earth.

…When I was in the seminary, there was this guy one year my senior, (real case, You see), – who would invariably run his hand over the bum of anybody in front of him, particularly while climbing stairs. The last I checked, he is a senior priest, a well liked ‘preacher,’ to boot.

Once ‘I’ got his attention. Here come the ‘effects.’ I almost brought up (vomited, for those without the degree).

Those who have been Molested in More serious ways would laugh at me, for citing this.

Yes, a mere touch had been / could be So Repugnant, (I took to making Serious effort to avoid his ‘attentions’). Anybody who has had these kinds of Negative (sexual) experiences would understand.

When I was at a certain ashram in North India, a group of young Nuns who had been raped were brought in for a time of peace and quiet. They were walking Zombies, fearsome examples of the ‘effect’ under discussion here.

I know at least two grown men today, who, though ‘successful’ in their fields, are literally broken inside. Every sort of Decorum forbids Us to say anything More about them.

Do We Need such ‘Effects?’

This is the Most Important point here.

The Effects, which Include seemingly unerasable Shame, unnecessary Guilt, and Anger, produce Serious side effects of their own.

In short, give Rise to Sin.

When Christ has said, “”If anyone causes one of these little ones–those who believe in me–to stumble, it would be better for them to have a large millstone hung around their neck and to be drowned in the depths of the sea.” Matthew 18.6, NIV.,

WHY have not this Abominable law, those who brought it into being, and those who keep it so, been Abolished?

What has happened is this:

Over this issue and many others, churches have catered to the ‘wishes’ of the people, (as had Aaron with the golden calf, (Exodus 32)), and to people through the ages saying: “Give Us Pleasant things.”

Moses had been Man enough to practise what he believed in and preached, that day. Today’s hierarchy proves to the world that they Are Eunuchs (with Apologies to Eunuchs; No offence intended. Just using age old examples).

About ‘pleasant things,’ a few quotes.

‘They say to the seers, “See no more visions!” and to the prophets, “Give us no more visions of what is right! Tell us pleasant things, prophesy illusions.’ (Isaiah 30.10).

‘For the time will come when men will not tolerate sound doctrine, but with itching ears they will gather around themselves teachers to suit their own desires.’ (2 Timothy 4.3).

Christian Hierarchy, for a Long time, has fallen prey to mammon.

Showing You a couple of pics that have interested me very much.

Those who are interested in Cricket will remember that many cricket sportsmen, esp from the Caribbean, sport thick, heavy, silver(?) chains. …These gentlemen, seemingly priests, are rolling in gold.

But who am I to comment on that? …The ‘vatican bank,’ it seems, is a Major shareholder in Beretta Arms; which produces not just hand guns, but Military Rifles.

From the picture it seems Beretta produces even (Military) helicopters and Tanks!

The lifestyle of cardinals,

bishops, and even priests is luxurious.

The money for all this comes, and will keep coming from the ‘mass,’ as in the strength of the congregation.

The church does not want to lose its name as ‘The Most Numerous.’ …Loss in these numbers would also bring a Solid dent in the revenue. The church is More worried about these things than the Wrath of its Founder and Master.

Solutions to the issue of ‘Unmarried priesthood’ in the catholic church.

The catholic hierarchy, the leaders, have ‘conveniently‘ forgotten the words at the end of their favourite quote:

The authorities would say, “Of course, if You can accept celibacy come forward for priesthood.”

But the point is, WHO gave them the authority to conjoin celibacy and priesthood, when, in Every case (in All translations), Christ made it a choice?

Ergo, Here’s what I call my ‘Solution.’

Very Bitter, but Very Real Truths. Much of this is happening in India, particularly among the Young.

Very Bitter, yet Very Real. …A Lot of this is happening in India, with not much happy results.

Would say that the Reason is the ‘Insecurity’ too many Young Women feel.

I wanted to say to her, and to Each one of You, that losing a loved one is terrible indeed.

But, to experience our Oneness with a loved one, or loved ones, proximity is not needed.

People, and even Nature, come to Know!

Here’s a wonderful toon to help us realise this:

Have had to share Wendy’s post via copy and paste of web id, as could not find a reblog button.

Keep well and safe, my Dear Wendy; and You too, my Dear Folks.

Very Good thoughts from a Young Lady. I add a few words to that:

According to what I have learnt, Marriages, though made in Heaven, is Not between two perfect people; nor between people who are ‘Perfectly suited’ for each other. This would be Evident when We see that Nobody is perfect on earth.

Imperfect as We are, We have to Bear and Support Each Other, and make the Family and the World Better.

via Key to Happy Marriage 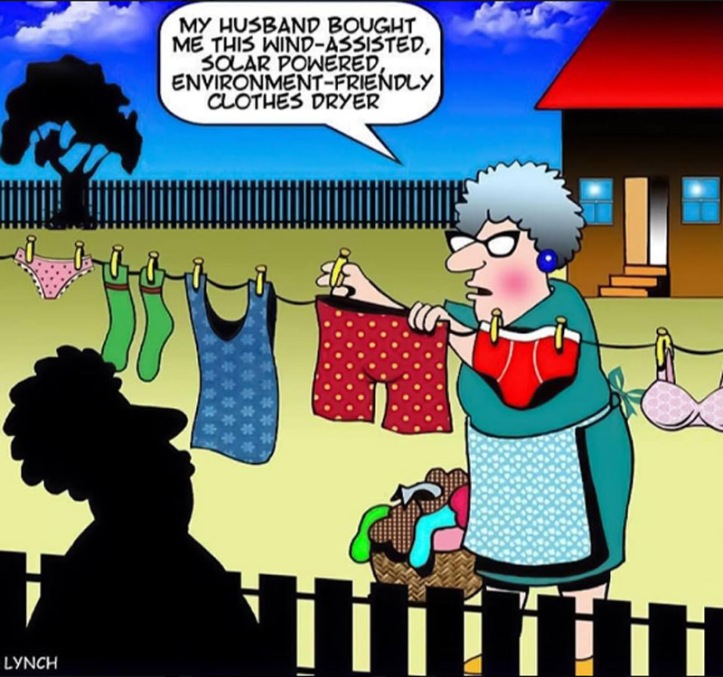 Offering some different Ideas. The Very first sentence, ‘Even the scriptures stand against you,’ can be Challenged – Thus:

Quoting passim, we have:

“God said, We will make human beingS, THEY will be like Us, …God created human beingS, making THEM to be like Himself, …blessed THEM.”

These should be Ample. Regards.

via A Woman’s Worth

EXCELLENT Reading for the Season. Shared this on Twitter with the words: ‘Best Christmas Read.’

Serious (Yet Happy) man that I am, I sort of Needed this. What a Beautiful story!

SIGNIFICANT words, in the order of their occurrence:

God knew the bigger plan… Loving someone is the biggest risk in life… when the tears fall, my precious, I will catch every one.

The Story, and the Author, have me literally in Tears. …A Beautiful story of Love, of Christmas.

I would call it:

Domestic Violence And the Church

“The church had basically turned their backs on her.
They were quick to point out that a wife must respect and submit to her husband as the church does to Christ,
But they failed to mention that a husband should love his wife as Christ loves the Church.

[ The above lines are from the post, cited below. Shared thus as there was No button to share it directly on WordPress. ]

Too many of these Failures are happening. This is Not what the church is supposed to be.

I was in the coffee shop on my college campus studying when two older men came in and sat down on the other side of the room. One of the men started talking about his wife, and when he asked the other man about his wife, this is what was said.Click Here

“Man…I was 21 when I met her. I saw her from across the room and brother…..didn’t nobody have to tell me who she was. I said ‘there goes my wife’, and the rest was history. That girl was something else, man. Every single day, I’d go and work for 12 hours and when I came home, she had dinner on the table waiting on me. After the kids were asleep, we were both so tired that we would go straight to bed just so we could hold each other. I was always content knowing that she was…